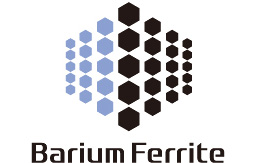 Barium Ferrite (BaFe) is a new type of magnetic particle which can be greatly reduced in size to improve recording density without magnetic signal loss:

In addition, Fujifilm succeeded in developing even smaller BaFe particles and demonstrated 123 billion bits per square inch recording density with IBM in 2015. The demonstration points to the possibility of developing a single tape cartridge capable of holding 220 terabytes of uncompressed data. These much smaller BaFe particles will be applied for future BaFe products.

Scanning Electron Microscope image of the tape surface: MP and BaFe particles appearance as coated onto the tape support. Note the relative size and shape differences.

Barium Ferrite has better frequency characteristics compared to metal particles resulting in a significantly increased margin of recording capability. Therefore, it is expected that Fujifilm LTO 6 can be written to and read even when the ability of the drive's recording head has diminished after repeated use.

Oxidation is one of the causes of magnetic particle deterioration with possible data loss. However, Barium Ferrite is already oxidized and therefore has a much longer life compared to metal particles. 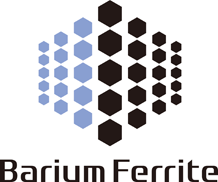